Last week I was at my sister Emilie’s house, she opened up a file on her computer and slid her laptop over to me saying, “This is Alex’s essay for his English class. He said I could share it with you.”

A little while later Alex came home from school. I asked him if I could share his essay with all of you.

I share a lot of what goes on behind the Signing Time scenes and in our day-to-day lives, but as much as I wanted to share our loss over the past three years, it wasn’t mine to share.
Are you shocked… you don’t know everything? 😉

So… since Alex gave his permission… today my Guest Blogger is my nephew, Alex Brown.
(Kei Malone grab a tissue. You have been warned!) 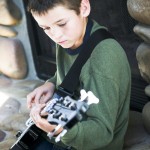 Don’t Give Up Hope
~Alex Brown

When I was four years old, I was on my way back to my house. I got out of my grandparents’ car. I ran as fast as my little legs would carry me. MY MOM HAD A BABY! I was so excited I managed to push all the midwives out of the way and smacked the doorframe at top speed. I got back up and ran. I didn’t care. I was a big brother! I came in and my new little brother, who still wouldn’t be named for weeks to come, was laying asleep on the same blanket that to this day is still his favorite blanket. I am not kidding, he was literally a square. He was short and fat. He was sleeping right next to my mom, who was almost sleeping.

Now when Zach (that’s what we named my little brother after a couple of weeks) was four years old, my parents tried having another baby. Everything was going well. The baby (which later turned out to be a she) was moving and was healthy. Then we got into the second trimester. Everything was going well. Then at her twenty week ultrasound, there was no heartbeat. Somewhere around sixteen weeks, its heart stopped beating. It was a tragedy. My whole family was crying for weeks. We couldn’t believe it. Two babies and nothing went wrong, now one died. The doctors could not find a solution. It was as if the baby just up and died. A couple of weeks later, we decided to get on with our lives. We had fun, but no one could stop thinking about the baby.

Everything was fine. The heart was beating, it was healthy, and soon my mom could feel her kicking. Lucy, my ten-year-old cousin with spina bifida, said “can I feel?” she wanted to feel her kick. Doubtingly, my mom put Lucy’s hand on her stomach. Almost at once, the baby donkey-kicked her hand! They both screamed, startled and excitedly at the same time.

Later my mom was diagnosed with gestational diabetes; a disease that women sometimes develop during pregnancy. She had to be careful of her blood sugar. We were in the third trimester. We could actually feel her kicking now, and not just soft taps, they were to the point where they were donkey-kicks every time!

I finally started seventh grade. I now have to get up at six thirty every morning just to make it to jazz band. On September twentieth, my mom was having contractions. She went to the hospital while I went to sleep. I got a call at 6:15 in the morning from my mom. We had a baby girl! The baby is now about two weeks old. She happens to be crying next to me right now as I finish this essay.

So, in the end, I learned never to give up hope. If we had, I wouldn’t have his adorable little sister. Also, I learned that sometimes things don’t go the way you planned, but they turn out right in the end. Last I learned that good things come in small packages. Wait, I smell something. WOAH! I guess not all small packages have good things. . . take this dirty diaper for example. Now excuse me while I grab some baby wipes. 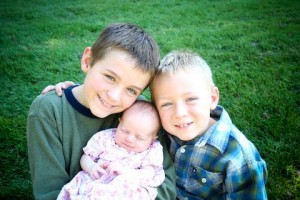