Today, a family who has a deaf child contacted me through Facebook to ask my opinion on cochlear implants and American Sign Language. This is a weekly, if not daily, occurrence and I LOVE it when parents reach out to me.

I first refer them to my blog post “Cochlear Implants: My Two Cents”

and THEN, I point them to this video, where I share how SO  MUCH can change because of “One Deaf Child.” But, before you click… I invite you to read on.

Leah lives in Rochester, NY where she is attending her first year of college. She received two scholarships and was awarded her high school’s Sterling Scholar Award in Theater.

Yes, I am proud to be her mother, but not just for the reasons you might assume. While you’ve likely watched Leah grow up in your very own living room, and she’s very likely shared American Sign Language with you and yours… my proudest moment happened as she and I drove to her college campus for the very first time.

We arrived in Rochester after a red-eye flight from Salt Lake City, Utah where we had just wrapped the filming Signing Time Sentences hours earlier. 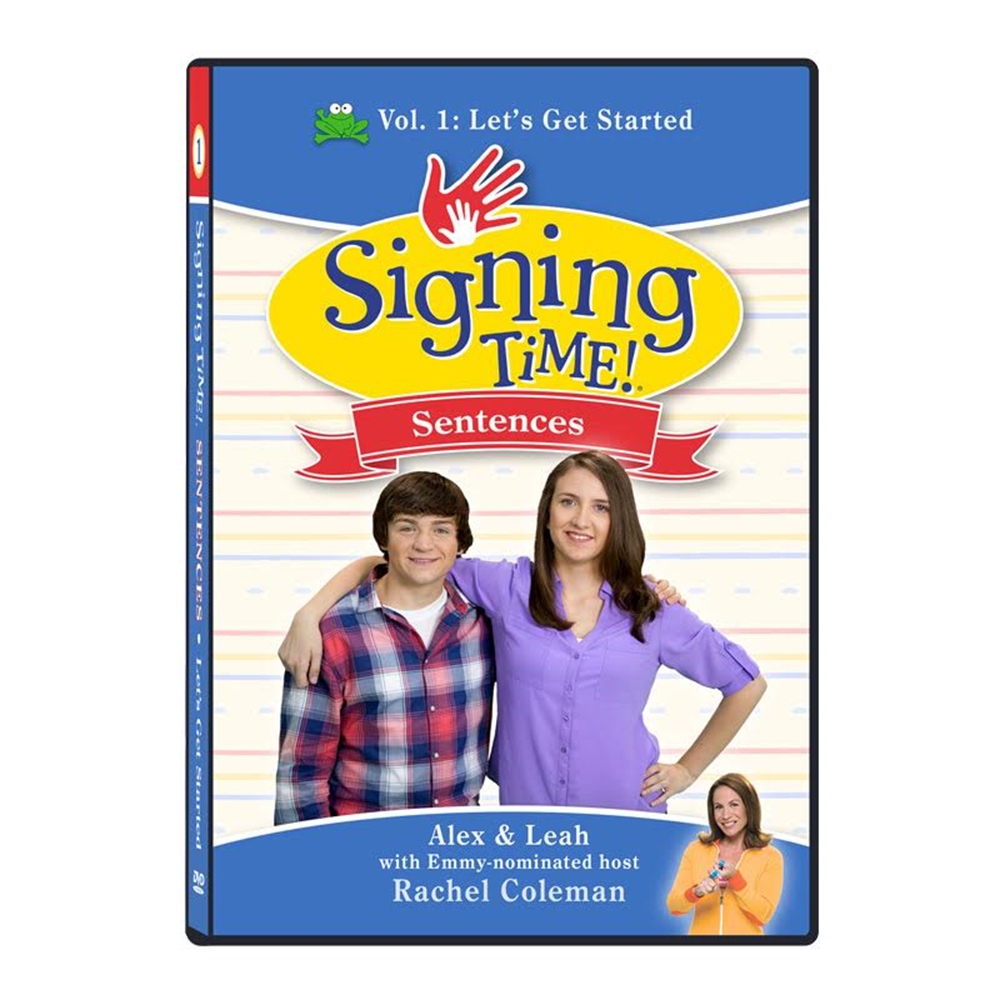 We are tired. We rent a car and start toward a day of sorting out dorms, roommates, classes and the like.

We turn right and for the first time we face campus, (ahem) now “home.” Leah looking at the red, brick buildings ahead of us says,

“Mom. You know how some people believe in fate?   …I make my own fate.”

I love you Leah Coleman. I cannot wait to see what you choose to do with this incredible, beautiful, brilliant life that you live. You SHINE.

You have already made a profound difference in the lives of countless families. You’ve helped countless “Alex’s” communicate with their “Leah’s.” You’ve helped eliminate so much fear that the “Rachel’s” and “Aaron’s” have had as they enter this new world of deafness.

or you can keep doing that. It’s entirely up to you.

You make your own fate. 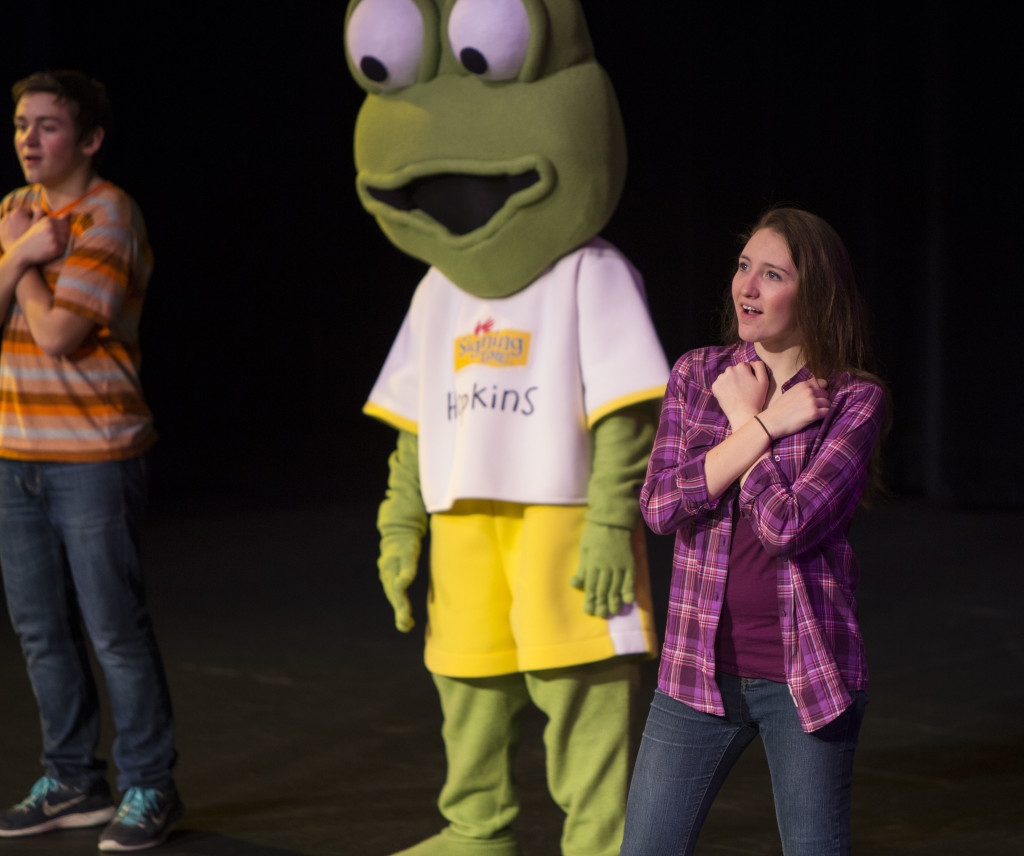 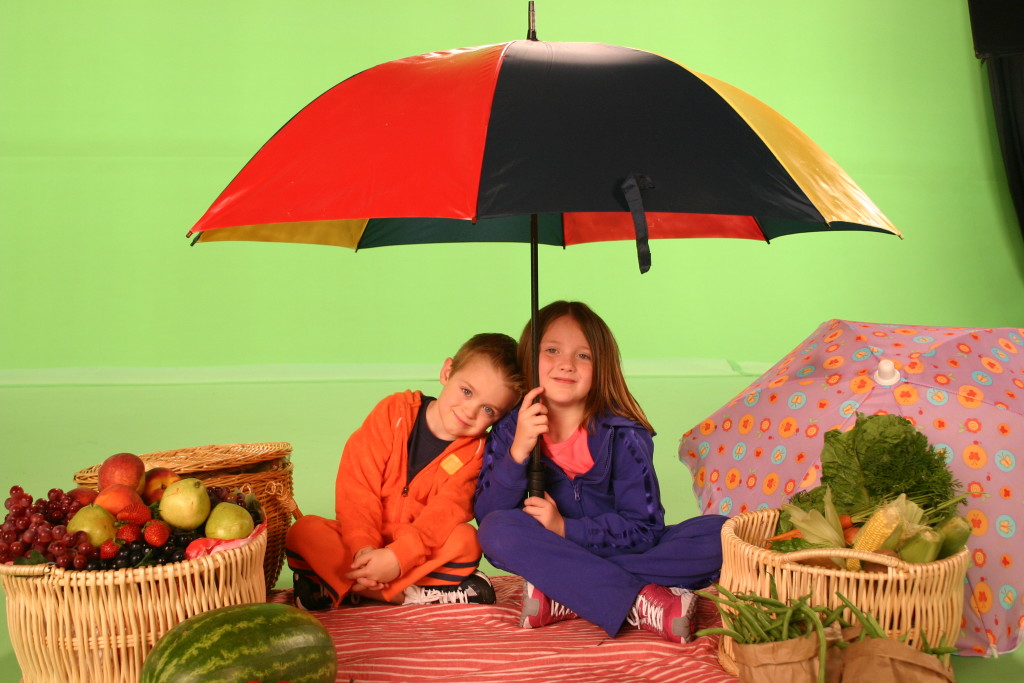 I used to feel sorry for children who had cochlear implants. I did.

When I saw them it broke my heart because I really believed that their parents just didn’t understand deafness. I judged those parents. I assumed that the parents were looking for a quick fix to something that in my opinion didn’t require fixing. I said things like, “I would never do THAT to my child.” Aaron and I talked about giving Leah choices and we decided that she could choose to have an implant when she was age 18.

We think that Leah was born profoundly deaf. We didn’t discover her deafness until she was 14 months old. When her deafness was diagnosed we immediately started signing with her. It seemed the obvious choice, I mean, she was deaf. We never bought into the old wive’s tale that signing would delay our child’s speech. Many people warned us that Leah might never learn talk if we signed with her. I always laughed and said, “She’s deaf, she might never learn to talk anyway!” My concern wasn’t for my child’s ability to say words. I wanted much more than that! I wanted full connection and communication with my daughter. I wanted her to be a critical thinker.

When Leah was seven she was no longer using hearing aids, because, as she put it, “They don’t work! They don’t help me, they just make my ears itch.” She had gone without amplification for a few years and then, at age seven, my daughter asked for a cochlear implant.

Let’s just say there were a few things I had to get over… oh, like realizing that some people out there might judge me, just as I had been so judgmental of others. (Ouch! Ouch! Ouch! Don’t you hate that one?)

Leah has now been implanted for seven years, the same amount of time she had gone without hearing a thing.

I have found that one of the BIGGEST misconceptions still floating around when it comes to choices in deafness is in thinking that sign language and cochlear implants are mutually exclusive. They are not. Actually it is our family’s experience that Leah’s success with her cochlear implant was because she was already fluent in American Sign Language* when she got her implant AND because we have continued to sign with her. We never stopped signing. (*She was also already fluent in written English by that time)

When someone receives a cochlear implant there is a period of adjustment as the recipient begins to understand the sounds of the world around them. It was invaluable to us to have a full language (American Sign Language) to communicate with Leah during this new learning period. We had full and complete communication as our child experienced the sometimes scary world of sound. Yes, our ENT told us to stop signing immediately after Leah’s implant surgery, which was baffling to me. “She just had major surgery and you want us to refuse to communicate with her through recovery? Her implant won’t be turned on for weeks and you want us to stop communicating with her?” To me that sounded like a form of child abuse. We never stopped signing with Leah and we never will stop.

Leah is a very successful implant recipient, we feel that these are a few of the factors that helped her to use it so successfully.
1. Leah chose to have an implant, it wasn’t something that was done to her. She was old enough to control the settings and she was old enough to ask to be “re-mapped” when she was ready for more sound. We viewed the implant as another tool to help Leah communicate, not the only tool.

2. Leah was already bilingual when she was implanted. She understood ASL and her written English was exceptional. She was reading beyond her grade level. With the addition of her cochlear implant she could simply focus on acquiring and improving her listening skills and pronunciation, because now she could actually hear some things. She wasn’t trying to learn English with her cochlear implant, thankfully she was already fluent in it and her focus was entirely on learning what English sounded like and how to make those sounds herself.

3. We always focused on our child’s strengths. Prior to her implant, we did not do private Speech Therapy. Why? Simple. Because Leah couldn’t hear:) We didn’t need her to learn how to say words in order to connect and communicate because we all learned to sign. Speech is a skill that your child has a lifetime to acquire.
Speech is not a language. Speech is one way to deliver a language.
English is a language, American Sign Language is a language, but speech… speech is a skill.

You want your deaf child to learn their first language before the age of 3 if possible. If they can’t hear, don’t waste your time and theirs trying to get them to learn a listened to, spoken language. Since Leah couldn’t hear English we didn’t try to get her to learn it through speaking. She learned it through reading and writing.
(If your child is deaf please read #3 until it makes sense. Do not get stuck with the thought that you “just want your child to talk.” Trust me, you don’t just want that. You want so much more for them!)

4. Language doesn’t delay language. The fear of signing is ridiculous and thinking that a child will not talk because they first signed is as preposterous as saying, “don’t let your child crawl or they will never learn to walk.” Babies crawl before they walk and they sign before they talk. If your child has the ability to deliver a spoken language, they will acquire that skill whether or not you sign with them. If they happen to have a speech delay or a disability that gets in the way of speaking, then thank heavens you are signing with them and giving them a way to be understood. If your child’s speech is delayed, it is not the signing that delays speech… it is something else entirely, because communication doesn’t delay communication.

Technology frequently changes and even fails. Cochlear implants can be rejected by the recipient. The implant may fail or simply never work at all. Batteries die and parts break. Programming can accidentally get erased. Sign language will never fail, the batteries will not die, you can use it while swimming, you never have to “turn it on” or struggle to locate it in the middle of the night. Sign language can get soaking wet and it’s always at your fingertips.

Leah will always be deaf. Her first language is American Sign Language. She has learned English as a second language through reading and writing. With her cochlear implant, Leah has learned how to pronounce words and to understand English when it is spoken to her. She is a child who has it all.

Leah recently saw her ENT, the same one who had asked us to stop signing with her seven years ago. He asked her this time if she would like to implant her other ear, since she only has one ear implanted. She looked at him and said, “Tell me what you think that would really do for me?” He smiled and said, “actually not much, you do so well. Leah, I think you should save your other ear for the future. There are some exciting medical advancements that you will see in your lifetime.”

My two cents: Sign language should be the first choice for a deaf child, no matter what additional options you pursue.