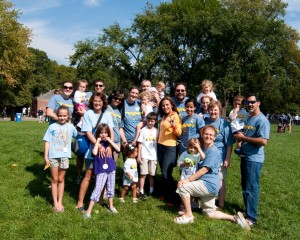 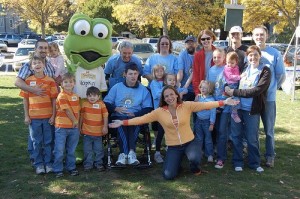 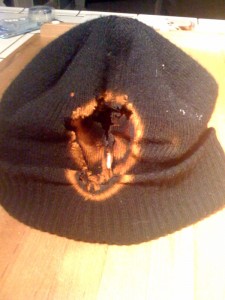 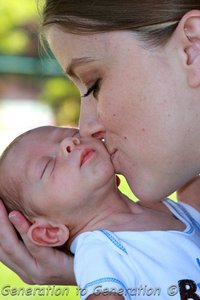 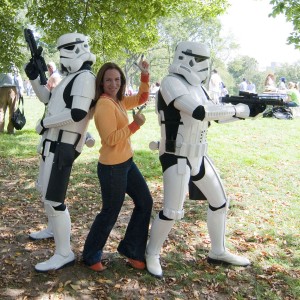 It was early Tuesday morning and I didn’t want to get out of bed.  Truthfully, it wasn’t even that early.  I had already gotten up and tag teamed with Aaron to get the girls out the door and off to school and then I had returned to bed and had no desire to get out.  See, I have meetings on Tuesdays and though I have been tempted to show up in my pajamas before, I never have actually done it.  No, I usually give in and shower, get dressed, pull my hair back in a ponytail and show up 10 minutes late with an honest excuse like, “Sorry I’m late!  I couldn’t get out of bed.”  Who would say that?  No, I usually call it “getting stuck in traffic” or “running into unexpected construction” and here’s a tip, no one can argue with, “The bus was late.  Very late.”

On this particular Tuesday, I pulled my laptop out from underneath my bed and “took on the day.”  That means I hit “Send/Receive” – my inbox began filling up.  It fills UP, because I sort my email with the newest ones at the top.  I try to deal with each email systematically and then on completion, I file it away to keep my inbox clean, which I don’t and it isn’t.

Amidst the meeting reminders and Baby Signing Time post-production epistles marked “Urgent!!!!” one email subject caught my eye, it read, “Subject: Rhett’s Wish & Star Party.”  I only know of one Rhett, and he is an almost 2 year-old boy here in Utah who has Down syndrome.  I had been peeking in on Rhett’s blog for over a year.  I started checking in on him, when I had heard about this little boy who had a near fatal, accidental, painkiller overdose in the hospital.  I opened this email to see what it held.  It had a message from someone who expressed a wish to remain anonymous.  So, the edited version is this:

Just incase you don’t already know, i wanted to let you know about Rhett’s wish.  I heard Rhett wished for a big screen TV and Signing Time DVD’s to watch on the big screen.  Anyway, his wish was granted, and now it is time for Rhett to hang his star with all of the others.  He will be having his star party on this Tuesday at 7 PM at Make-A-Wish.  Rhett’s blog is: www.rhettsjourney.blogspot.com

Rhett is a really fun little boy to talk to, if you haven’t met him yet, I am sure you will love him at first site.  Rhett will be back in the hospital later this week, unless it was postponed.

Thanks, for all you do, our family has benefited from Signing Time as so many others have also.

I jumped out of bed.  If there was going to be a Signing Time related wish today in Salt Lake City, I was going to be there.  I showered, and put on my “Rachel” make-up and did my “Rachel” hair, checked my closet for a set of Signing Time “Rachel” clothes.  Then, I checked Leah’s closet.  I had my ST! outfit, Leah did not.  I was pretty sure Alex didn’t have one at home.  I called Marcus, “Hey I don’t know what you are doing today, but I need a set of purple for Leah and a set of orange for Alex before 5PM tonight.”

I then scoured Rhett’s Blog and found plenty of details about making the wish and having the wish granted, but no mention of what the wish was or if it included Signing Time. I called the Utah Make A Wish Foundation and wondered if they would even tell me anything or would some sort of confidentiality law like HIPA apply?

When I called, I told them that I had heard there was a Signing Time related wish planned that evening and I said, “I am Rachel Coleman from Signing Time, and I would be happy to support you in any way possible.”  Eventually we had a plan…

And with that, I will let Rhett’s incredible parents share the rest of the story.

And then mommy comes back a week later with this post, simply entitled, “WOW!”

After meeting Rhett and signing with him, I was very impressed with his signing vocabulary.  I let his family know that their little boy is “on my list!”  He is a great signer and he signed everything that I asked him, on cue!  We enjoyed spending time with this remarkable family and it was a thrill for all of us to be a part of such a special celebration!